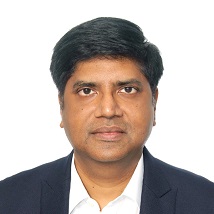 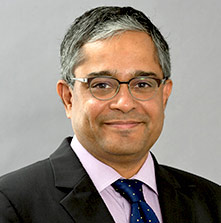 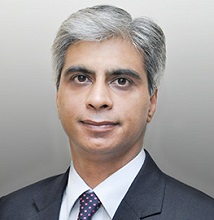 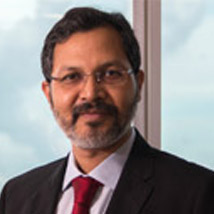 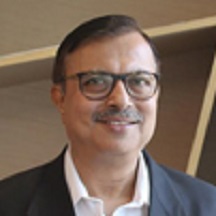 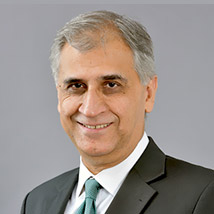 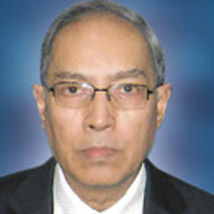 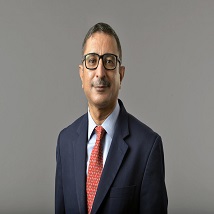 Rajiv Anand is a qualified, rank-holding Chartered Accountant who holds a Bachelor’s degree in Commerce. He has over 28 years of experience in the financial services industry and has taken over as the Executive Director - Wholesale Banking at Axis Bank with effect from 21st December 2018. He will also drive the agenda for some of the key subsidiaries like Axis Capital, Axis UK and A.TReDS.

Mr Anand has held key management positions at leading global financial institutions and has diverse experience in the financial services sector. He has been with the Axis Group for over 10 years with number of other successes to his credit. He joined the bank to lead the Retail business from its asset management arm, Axis Asset Management Co. Ltd., where he held the position of Managing Director & CEO. In his role as Executive Director - Retail Banking at Axis Bank he has been responsible for developing and growing the retail franchise, which is today regarded as amongst the best in the industry. He is also credited with leading digitisation for the retail business.

In his previous roles, he had led from the front in building investments, balance sheet management, money market and bond trading. He has also been very successful as a Debt Fund Manager and has won several accolades for the same. He brings strengths in capital markets and building new businesses to his responsibilities at the bank.

He is an avid sports lover and movie fan. Mr Anand’s family consists of his wife, who is a graphic design professional, and their two daughters.

Mr. Neeraj Gambhir is the Group Executive – Treasury, Markets & Wholesale Banking Products of Axis Bank since May, 2020. He has over 25 years of experience in the financial services industry with expertise in Fixed Income, Foreign Exchange, Capital Markets, Structured Finance, Derivatives, Risk Management and Investment Banking areas.

Mr. Gambhir is a Board Member & former Chairman of Fixed Income and Money Market Dealers Association of India. He helped establish the Clearing Corporation of India and was a Nominee Director of its Board. He was also the Vice Chairman of the task force set up by Ministry of Finance - Government of India, for establishing a Public Debt Management Office in India. Additionally, he was involved in India - Japan discussions for financial co-operation.

Mr. Gambhir holds a Bachelor of Engineering degree in Computer Science and is a Post Graduate in Business Management from Indian Institute of Management, Lucknow where he was awarded PGP Chairman’s Medal.

Vinaya Varma is the CEO of mjunction services limited, and a core member of the Invoicemart founding team since its inception.

Prior to his appointment as CEO, Mr Varma was with Tata Steel, where he handled several functions such as production, planning, etc. He is a Certified Professional in Supply Management (CPSM) from the Institute for Supply Management (ISM), USA. He is a practitioner of Theory of Constraints (ToC), and has attended several sessions of ToC at Goldratt House, Tel Aviv.

Mr Varma was elected to the Confederation of Indian Industry’s West Bengal State Council and to NASSCOM's Internet, Mobile & e-Commerce Council. He was conferred the Special Recognition Award in the services category by the Bengal Chamber of Commerce & Industry in 2016.

Mr Varma is a B Tech from IIT Kanpur, where he also did his advanced management programme.

Mr. Aninda Chatterjee is Vice President, Finance & Chief Financial Officer (CFO) at mjunction services, where he is responsible for the Finance & Accounts, Secretarial and Legal portfolios. He is a Chartered Accountant from Institute of Chartered Accountants of India, a Cost Accountant from Institute of Cost and Works Accountants of India and an alumni of XLRI Jamshedpur. He has over 30 years of experience in the finance, supply chain, manufacturing, operations management, project management and general management, cutting across various industries.

As part of the SKF Group, he held a number of top management positions including President for the Industrial Market (strategic industries), member of the Sweden-based Group Executive Committee and President SKF Asia. He was the Managing Director of SKF India from 2002 till 2009.

During his career spanning over four decades, Mr Makhija has been an active participant and contributor to the industrial and technology sectors, both internationally and in India.

Prior to joining SKF, Mr Makhija was the CEO and MD of Tata Honeywell Ltd. He also sits on the board of Axis Bank, Tata Technologies Ltd and Tata Marcopolo Motors Ltd.

Mr Makhija is a chemical engineer from IIT Delhi.

A qualified Chartered Accountant, Dipak Kumar Banerjee serves as an independent director on the boards of A.TReDS Ltd.

He started his career with Life Insurance Corporation in 1970 and thereafter, joined Hindustan Lever in 1975.

Mr Banerjee also served as a Commercial Officer for the Africa and Middle East Group of Unilever, London, from 1993 to 1997.

Munish brings with him rich leadership experience with a successful track record of deep financial and operational turnarounds leveraging digital and tech stack and enhancing people capabilities to transform the business across the banking and insurance industry. He started his financial services career with Citibank NA where he worked across geographies and businesses across diverse customer spectrum (mortgages, unsecured lending, community banking, and developer finance) with Citi. He joined Axis Bank from Future Generali Life Insurance, where, for close to 8 years as MD & CEO, he led the transformation to take the business to scale with improved profitability and quality of business, and built strong partnerships with banks and retail ecosystems. He has also worked in the consumer goods industry and was part of the team at L&T which set up their agricultural tractor manufacturing business. Munish holds an MBA from the Indian Institute of Management, Lucknow, and a Bachelor of Engineering from Punjab Engineering College. Munish is a polyglot, with high proficiency in Italian & Punjabi and is passionate about reading and golf. Munish is married to Rima Sharda who works as Head of Schools with a school chain and has a daughter who is pursuing undergrad at Stern School of Business at New York University.